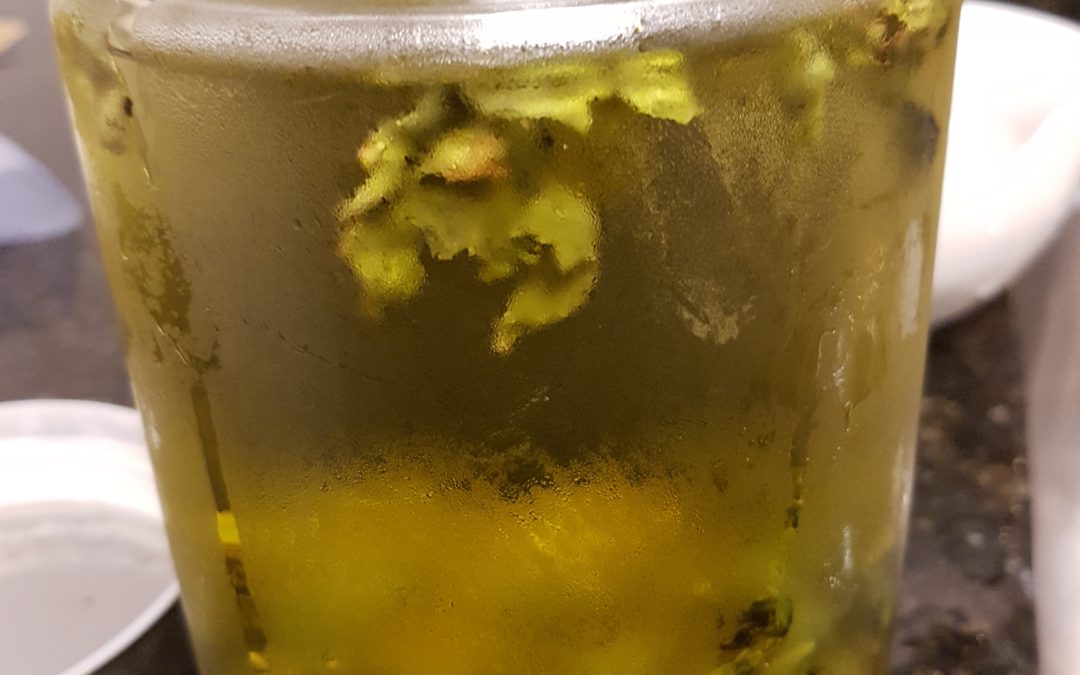 Cold Brew Tea for all Tea Lovers all Season Long

Have you heard of Cold Brew Tea?  Tea and/or coffee are the most popular drinks in the world.  Almost everyone no matter what your occupation is drink minimum a cup of tea or a cup of coffee a day.  Are you one of the tea lover?  If you are, keep reading to find out this simple easy way to make the best cold brew tea.

How did I find out this super simple way to make the Best Cold Brew Tea?

One day at the beach after a few intensive games of volleyball on a hot summer day, a friend offered us to sip some of her cold brew tea.  She called it “Energy Drink“.  After the one sip I took, it felt so refreshing and thirst quenching!

Cold brew tea works so well when you are in the sun for the whole day playing sports.  This also works for non-sports day as well.  The recipe is super simple to make and it is so healthy for you!  The recipe only contains tea leafs, water and honey.

Tea can be served cold/iced or hot.   This is the first time I heard that you can infuse tea in cold water overnight in the refrigerator.  It depends on how strong of the tea you want your cold brew tea to be.  If you don’t want the tea to be too strong, then only infuse for 6-8 hours.  If you prefer stronger tea flavor, then leave the tea infused overnight.

I made 2 batches of cold brew tea over 2 weeks after my friend shared her recipe with me.  In my first batch of cold brew tea, I used the good traditional Tieguanyin loose leaf tea.

Tieguanyin literally: “Iron Goddess of Mercy” is a premium variety of Chinese oolong tea originated in the 19th century in Anxi in Fujian province.  Tieguanyin produced in different areas of Anxi have different gastronomic characteristics.
Below are the 2 stories of Tieguanyin from wikipedia (Wei legend and Wang legend):

“In Fujian’s Anxi County, there was a rundown temple which held an iron statue of Guanyin, the Bodhisattva of Compassion. Every day on the walk to his tea fields, a poor farmer named Wei would pass by and reflect on the temple’s worsening condition. “Something has to be done,” he thought.

Being poor, Wei did not have the means to repair the temple. One day, he brought a broom and some incense from his home. He swept the temple clean and lit the incense as an offering to Guanyin. “It’s the least I can do,” he thought to himself. And he did this twice a month for many months.

One night, Guanyin appeared to him in a dream, telling him of a cave behind the temple where a treasure awaited. He was to take the treasure and share it with others. In the cave, the farmer found a tea shoot. He planted it in his field and nurtured it into a large bush, from which the finest tea was produced. He gave cuttings of this rare plant to all his neighbors and began selling the tea under the name Tieguanyin, Iron Bodhisattva of Compassion.

Over time, Wei and all his neighbors prospered; the rundown temple of Guanyin was repaired and became a beacon for the region. From this time onwards Mr. Wei took joy in the daily trip to his tea fields, never failing to stop in appreciation of the beautiful temple.”

Ingredients in my first batch of cold brew tea: 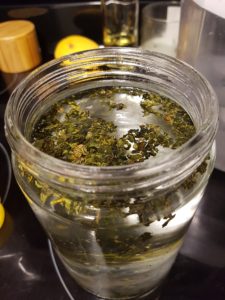 How to make my first batch of cold brew tea: 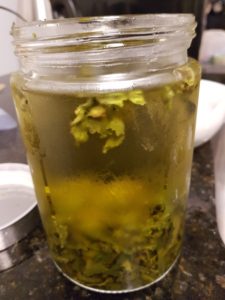 I brought my first batch of cold brew tea to work for others to taste.  I gave the cold brew tea to 10 people at work to taste and all of them love it!  First word I hear after they take a sip is “So Refreshing! and I can taste the honey in it too.  What is the recipe?”

I then brought some to volleyball during my league game night, I poured it into a pitcher with some ice and dilute the cold brew tea with a little of water.  My team-mates loved it!  It is so good that the guy from our opponent team wanted to try and he came back for seconds!  Yes we do share with our “friend-nemy”.

Another player at volleyball also mentioned that she is aware of this cold brew tea recipe.  She has tried it and she also used loose leaf tea and put it in mesh tea bag.  You can also use the actual tea bag to make the cold brew tea as this is more convenient.  However I wouldn’t suggest leaving the tea bag in the cold water overnight just in case the bag disintegrate in the water overnight leaving funny taste.

Loose Leaf tea is a better choice as it provides a better flavors and aroma.  The better the quality of the loose leaf tea, the better the cold brew tea will taste!

If you prefer fruity cold brew tea  (e.g. mango, peach), you can use fruity tea leaf.  Davids Tea has some good options of fruity tea. 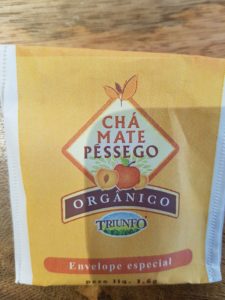 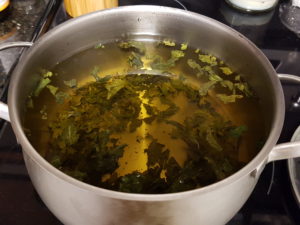 This is the best product I find at amazon whereby you can use the infuser and mason jar to make the cold brew tea: 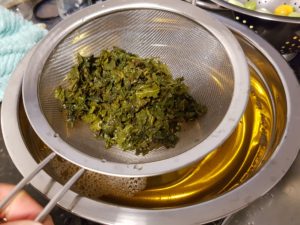 To save time from straining the tea leaf the next day, you can get the loose tea leaf infuser to make the cold brew tea:

There are so many kinds of tea available that you can use to make cold brew tea.  It all depends on your taste bud and preference.

Black Tea: More oxidized than oolong, green and white tea.  In Chinese, Black Tea is known as “Red Tea”.  It has low caffeine content.  You can use black tea to reduce puffiness in your eye.

Tips to reduce puffiness of your eye:  store black tea bags in the refrigerator and apply the cold black tea bag to the eye area that is puffy and see the change.

After testing 2 batches of home-made cold brew tea, I like the first batch more than the second batch.  If you like fruity tea/herbal tea, then you can use fruity tea. 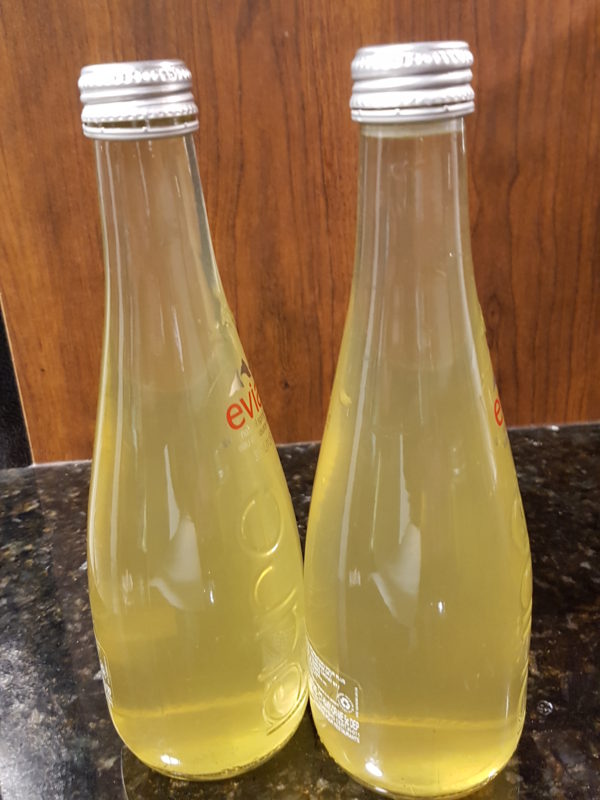 This is the BEST and Easy Cold Brew Tea with Honey recipe.  Honey is optional. If you are on  a meal plan and can not take any sugar/honey, then you can just make cold brew tea without honey.

This site uses Akismet to reduce spam. Learn how your comment data is processed.

myrealifetips.com is a participant in the Amazon Services LLC Associates Program, an affiliate advertising program designed to provide a means for us to earn fees by linking to Amazon.ca, Amazon.com and affiliated sites.